Chip Shortages Could Last For Years. 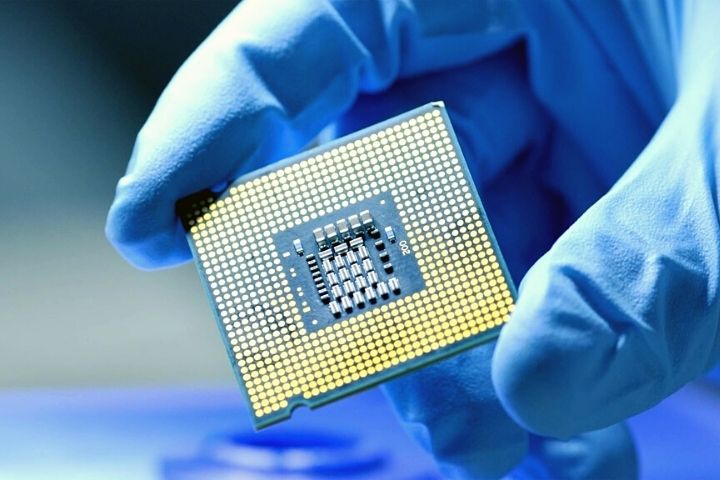 Microchips could be in short supply for a long time, fear Intel, Nvidia and TSMC. That could fuel the trade war between the US and China – and have consequences for the availability of many consumer goods.

Managers from leading chip manufacturers such as Intel, Nvidia and TSMC give no hope that the chip crisis will soon come to an end. According to a Bloomberg report, the Taiwanese semiconductor manufacturer TSMC (Taiwan Semiconductor Manufacturing Co.) sees the future particularly bleak. At a conference call with analysts, company boss CC Wei said the sluggish supply of microchips to the industry could drag on until 2022.

Although the situation for customers in the automotive industry will ease somewhat in the next quarter, overall, the shortage in essential semiconductor products would persist throughout the year and possibly extend into 2022, said Wei. The demand is still high. “I hope that in 2023 we can offer more capacity to support our customers.” Then, says Wei, the supply chain will relax a little.

Pat Gelsinger, who only recently returned to Intel to take over the executive position, does not see a quick end to the crisis either. He told the Washington Post that the shortage would continue for “a few years”.

Nvidia’s CFO, Colette Kress, doesn’t sound much more optimistic. Demand is “still robust and continues to exceed supply, while our stocks in the sales channels are still very meagre,” she said on Monday when the quarterly figures were announced. Her company expects “that demand will continue to exceed supply for much of this year.”

Everyone Gets To Feel It.

The effects are particularly felt in the auto industry. Ford, for example, had to temporarily stop its car production in March due to a lack of chips; Volkswagen, therefore, put employees on short-time work, Audi is cutting back production in China.

But private users are also feeling the effects of the crisis if only because the notebook they have chosen has not been available for months. Trying to buy Sony’s new PlayStation 5 is like gambling. PC gamers trying to get hold of one of the highly acclaimed new graphics cards from Nvidia will either run into empty shelves or absurdly inflated prices. According to a report by Nikkei Asia, the crisis is also affecting Apple. Due to a lack of chip replenishment, new MacBook’s and iPads had to be postponed, it says there without naming sources.

Who Or What Is To Blame?

The shortage is often seen as the demand for entertainment electronics, computers, and accessories has increased dramatically due to the corona crisis. The chip manufacturers would now have difficulty meeting the market and satisfying the demand from the automotive industry, which is increasingly relying on electronics.

On the other hand, the CEO of Huawei sees the blame for the malaise with the Americans. “Because of the US sanctions against Huawei, companies worldwide, especially Chinese, panicked inventories,” said Eric Xu  at the Huawei Analyst Summit. In the past, these companies would hardly have stocked up on supplies and would instead have obtained the necessary components at short notice. “But now they’re building supplies for three or six months and that messed up the whole system.”

Xu refers to the sanctions that the US Department of Commerce imposed on the Chinese company under the Trump administration. Initially, this only affected deliveries from US companies to Huawei, which meant that Google was no longer allowed to give Huawei’s successful smartphone division direct access to its Android operating system.

However, the rules were later expanded to include products made using American technology. The US justifies these steps with Huawei’s alleged links to the Chinese military and secret service.

The fear is that Huawei will incorporate hidden espionage functions into its products – including network devices and cellular technology – that could enable China to access data or paralyze systems via remote control. No evidence has been presented to support these allegations.

Notwithstanding this, Joe Biden’s administration is continuing its challenging course against China. A few days ago, seven Chinese companies involved in the development and manufacture of supercomputers were blacklisted. Here, too, links to the military are used as a reason.

For some US politicians, that doesn’t go far enough either. In a letter to US Secretary of Commerce Gina Raimondo that became public on Thursday, Republican MP Michael McCaul and his party colleague Senator Tom Cotton demand that the rules that apply to Huawei be extended to all Chinese companies develop or produce microchips with structure widths of 14 nanometers and more minor.

The letter is formulated like a fire letter from the Cold War era: It says that the measures would ensure that US companies and those from partner and allied countries are not allowed to sell the rope to the communists on which they will hang us all. “

In the USA, one sees the way out of the crisis primarily in expanding manufacturing capacities in their own country. Joe Biden’s administration views chip scarcity as a national security issue. No wonder, then, that Biden’s gigantic infrastructure program includes an item to promote semiconductor production in their own country. Production and research are to be funded with 50 billion dollars.

What sounds like a considerable sum, however, considers Intel boss Gelsinger to be tightly calculated. His company alone plans to invest $ 20 billion in building two new chip factories in Arizona. He is committed to increasing the share of American factories in global chip production from the current twelve to 30 per cent. According to Gelsinger, this would require far more than 50 billion dollars.