HomeGADGETS"Where Is?" For Third-Party Providers: In The Future, iPhones Will Find Bicycles,...
GADGETS

“Where Is?” For Third-Party Providers: In The Future, iPhones Will Find Bicycles, Headphones, And Backpacks 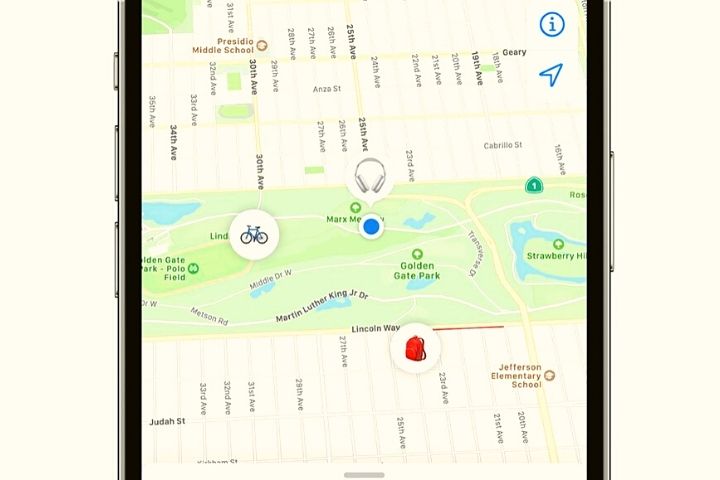 With “Where is?” Apple has long been helping to find lost and misplaced Apple devices. Now the technology should also track down devices and gadgets from other manufacturers.

Apple is  opening its “Where is?” Location network, with which it was previously only possible to locate Apple products for external manufacturers. At the start, it was announced that from next week two pedelecs from the Dutch manufacturer Vanmoof, wireless headphones from Belkin, and a tracking chip from the US company Chipolo would use the technology.

The “Where is?” Apple introduced a service in 2010 as “Find my iPhone” to locate lost or stolen devices. The service was later expanded to include a location function for friends (“Find my Friends”). Since the operating system version iOS 13, the two services have been merged to “Find my” (“Where is?”). In addition to iPhones, the service can now also locate Macintosh computers, iPads, Apple Watch, and AirPods headphones on Apple Maps.

For a long time, there had been speculation in the industry that Apple would bring its localization gadgets onto the market. The name “AirTags” is used to designate these devices, the existence of which Apple has not itself confirmed. After the announcement that the “Where is?” The system will be opened to other manufacturers; it remains unclear whether Apple will place its product in this area.

Companies that want to make their products findable via Apple’s system have to adapt to the US company’s data protection guidelines as part of Apple’s “Made for iPhone” (MFi) program. The function is to be made visible to customers using a logo with the words “Works with Apple Find me.”

Apple has also announced that it will provide interested manufacturers with specifications for their chipsets to work better with the technology built into current Apple devices and thus enable more precise localization. All of this should remain hidden from users.

To add a new device to the “Where is?” All you have to do is click on “Add object” in the app and then follow the manufacturer’s instructions. As a rule, this should be limited to putting the respective device into pairing mode with a few simple steps.

Observers also see the opening of the service as a clever move by Apple to counter accusations of sealing off its products from competing products. For a long time, the US company Tile was a leader in small tracking devices for lost things. Now both Samsung and Apple are intervening in this segment.

With its location sensors called Tile, the company of the same name had created a new market. Tiles can be hung on a backpack like key rings, for example, but products with integrated tile technology, such as sure headphones from Sennheiser and Skullcandy.

According to a report by Techcrunch, however, Tile is already working on a new version of its technology that, instead of Bluetooth, uses the so-called ultra-wideband technology, which Apple and Samsung also use.