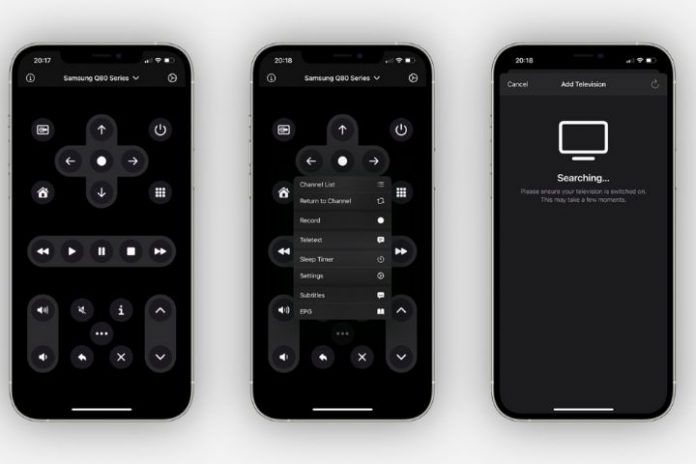 One remote control for the television, the satellite receiver, the hi-fi system, and other end devices. That was once. If it is up to many manufacturers of entertainment electronics, iPhone & Co. and tablet PCs should replace the remote control. But for the time being, this only applies to cutting-edge devices.

Flat-screen televisions with internet connections are slowly becoming the standard living room. According to the industry association Bitkom, this is already becoming apparent before the International Consumer Electronics Fair (IFA).

Another trend accompanies this: in the meantime, almost every provider enriches their television sets with access to the World Wide Web with small programs that are developed specifically for the manufacturer and grouped into their portals.

“Smart TV” is the technical jargon based on the popular smartphones and means: Small apps should also be on the enormous flat screens that bring Internet video stores and music portals, news, games, and more to the screen.

The future remote control will also run via apps that, similar to the development in the smartphone market, either come from the stable of Google’s Android operating system or listen to the Apple operating system iOS.

Suppose you want to get rid of your remote control collection. In that case, you can download an app from the Android Market, the Apple Store, or primarily free of charge from the TV manufacturers’ digital markets onto your

smartphone or tablet. Tablets also have the advantage of making it easier to enter text to chat or tweet on the television.

A directional pad, a numeric keypad, and the buttons for volume and changing programs appear. A Qwerty keyboard that is also displayed makes it easier to enter web addresses in the browser.

This trend is supported by all manufacturers, especially Korean companies such as Samsung and LG. In addition to consumer electronics, they also offer smartphones and tablets that use the Google Android operating system.

“We currently have 600 apps on offer, and in May, we broke the 5 million mark for downloads,”

Cheering: The boss at Samsung is promising at the IFA in addition to the in-house remote control app, which will then be available for more tablets than the Samsung Galaxy should be open, and also more regional content. At the end of the year, the Koreans want to make the Apple device world fit to control Samsung TVs.

Samsung already showed an extension of the remote control app as an IFA novelty. It not only makes it possible to transfer the current image signal to the tablet. Other channels should then also be

beamed to the smaller mobile devices – so they mutate into second TVs.

Many other TV and hi-fi manufacturers such as Panasonic, Loewe, and Sonos are currently relying on Apple and are tuning their interfaces for the

Loewe from Kronach wants to show its new offer called VideoNet App at the IFA. The Kronach company uses this to link their TV sets with the iPad. Among many other functions, videos can be streamed from the iPad to the television using the “Send-to-TV” function.

The people of Kronach also use the iPhone, iPod, or iPad to control the new loudspeakers called “Air Speakers,” which will be presented at the IFA. The data transfer runs via wireless AirPlay technology and the local network via LAN, WLAN, or Powerline.

But the Kronach are also two-pronged. “At IFA, we will also be showing our applications on Android tablets, thus opening up the world of the Google operating

The Following Applies To Both Wi-Fi And TV: Apps Only Work In The Latest Series

Hi-Fi specialist Onkyo also offers its users a remote control app that lists to Google’s Android without stopping over the TV. With a fingertip on the touch-sensitive smartphone or tablet, simple functions such as volume can be regulated, but different listening zones can also be individually controlled.

The Only Downer For Consumers: The hi-fi remote control app specialists and the TV manufacturers only offer their remote control apps for the latest series. IFA trade fair boss Heithecker assumes, however, that “the first generation hip flasks from 2003 are ready to be replaced”.

In addition, critics warn against too much euphoria, especially with smartphones

as a remote control replacement. Your battery hunger is just great. The standby mode often sets in with the result that the smartphone has to be reactivated repeatedly. Quite a lot of effort to regulate the volume.