HomeTECHNOLOGYAugmented Reality Is Changing Many Areas Of The Company
TECHNOLOGY

Augmented Reality Is Changing Many Areas Of The Company 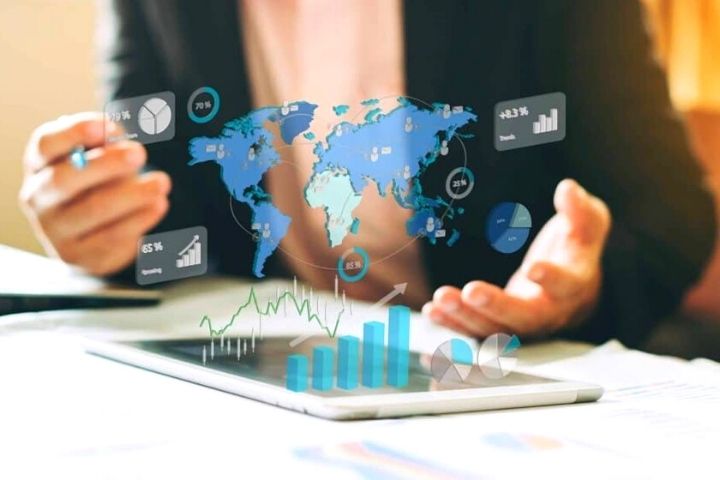 Augmented Reality (AR) has the potential to fundamentally change both our private environment and the world of work in the coming years and decades. The reason: It builds a new bridge between the digital and the physical world, between man and machine.

Augmented Reality (AR) is not just another communication channel, but a completely new method of getting in touch with people. It closes the gap between a limited mental capacity and receptivity of humans and the ever-increasing crowd Data and knowledge provided by the virtual, digital product world. This is the approach from which Prof. Michael E. Porter (Harvard Business School) and James Heppelmann, President and CEO of PTC, worked out in a paper in the Harvard Business Manager

Also Read : 5G – The Technology Behind The Network Of The Future

What Is Augmented Reality?

In general terms, AR enables a new form of information provision, which, according to the authors, will have far-reaching effects on how data is structured, managed, and made available via the web: Until now, the user had to laboriously move data provided on a two-dimensional medium into three-dimensional reality transform. Anyone who has ever tried to set up or even repair a somewhat more complicated device with the help of a manual knows this mental work process and knows how easily it can fail, argue Porter and Heppelmann.

The solution in the AR application is that the digital data is projected onto the physical world, for example in the form of an image, a 3D model, or an animation, thus merging the real and digital world. The decisive factor is the context: the right data is always displayed at the right time and for the respective object or physical environment. This also reduces the mental effort required to overcome the cognitive distance. Cognitive distance is the gap between the presentation of information and the context to which it relates.

To make things clearer, the authors cite a simple example, namely capturing the directions on the smartphone navigation system, remembering them, and then acting on them at the right moment. This causes a much greater cognitive load than if the information in the driver’s field of vision is projected directly onto the windscreen, as is the case with the head-up displays that have been used in cars for some time.

Also Read : What Is A Blockchain & Its Advantages, Disadvantages?

What Can AR Do?

From the point of view of Porter and Heppelmann, there are 3 plus 1 core functional areas in which AR creates added value: in visualization, in instruction, training, coaching, and the interaction with products and their control – as well as in connection with the complementary but independent technology of the virtual reality (VR).

AR applications based on the principle of visualization show the inner, hidden functionality with an X-ray view, so to speak. For example, the medical technology manufacturer AccuVein generates an image from the heat pattern of the veins and places it on the skin. The needle is three times more likely to hit the vein when the blood is drawn. Bosch Rexroth visualizes the inner workings of the CytroPac hydraulic unit. In the 3D representation, which opens up when looking at a certain point on the outer skin, the interweaving of the subsystems and the cooling options of the internal pump is visible in different configurations.

According to the author duo, AR also has high savings potential in the area of instruction and training. While it is often difficult and time-consuming to follow written work plans or assembly instructions, an AR application on-site explains the work process in real-time and step by step, ideally with data glasses so that both hands are free. The manual becomes an interactive 3D hologram. Here, too, there are already numerous use cases that document the high potential: For example, in a test project when assembling an aircraft wing with the use of AR technology, Boeing achieved a time saving of 35 percent, the number of employees who did the task the first time done correctly increased 90 percent.

According to Porter and Heppelmann, a key application of AR will be the remote support function: the image that the technician sees on-site is sent to an expert in the headquarters via AR devices and he can give him work instructions by voice or into them Show field of view. Here, too, there are already application examples: LeeCompany, a company that sells and maintains building systems, saves $ 500 per month in personnel and travel expenses per month per technician, and $ 20 in return for each dollar of AR investment.

The previous control and interaction with products or machines via buttons, handles, or, in the meantime, integrated touch screens will also be raised to a new level of quality through AR, the authors postulate. The factory worker, for example, uses data glasses to control virtual control panels using gestures and voice commands and can check and set the parameters of the machines while walking through the factory without physically touching them.

Although this application function promises huge potential, it is still in its infancy, especially for commercial products. In many cases, the required technologies have not yet left the research laboratories. But: voice control in harsh environments is making progress, as is the detection of gestures and glances.

According to the authors, the same applies to the related topic of virtual reality. VR means to recreate physical reality with a computer-generated image. It is used, for example, for training purposes, especially when machines and work environments are in dangerous or remote areas of use or are in the future or the past, etc. VR then provides the background reality as the fourth core function for the three other AR core functions virtually ready.

As an example, Potter and Heppelmann refer to the “VR holodeck” that Audi is already testing. This is a walk-in, virtual environment in which car prototypes can be displayed realistically and true to proportion, for the design assessment of the 3D image of the respective car during the transition between development and production. In this way, the company reduces the number of complex physical test models and saves development time and costs. The US Department of Homeland Security, in turn, combines AR instructions and VR background to train disaster relief workers for dangerous emergencies such as explosions. BP also intends to use VR to minimize costs and risks: The energy company is simulating drilling field scenarios as a background for AR training processes.