Is Cell Phone Gone – Now What? 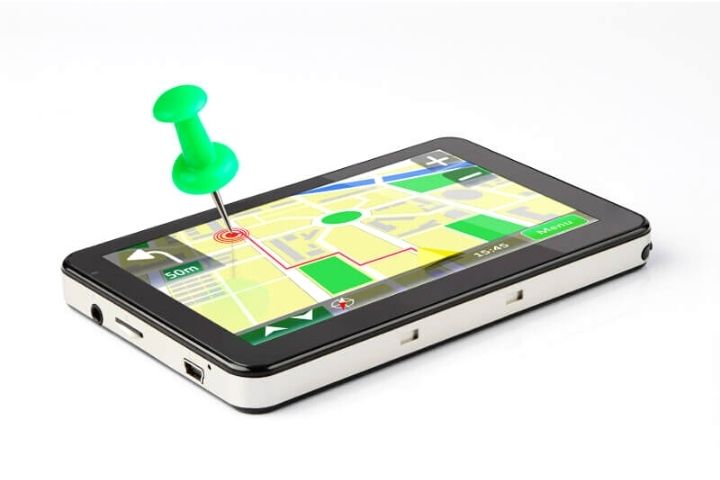 The cell phone has become an integral part of everyday life. The greater the damage if it is lost. What needs to be done urgently and how to prepare.

The hand reaches into the void; the trouser pocket is empty. According to a survey by the industry association Bitkom, Adrenaline rushes through the body almost one in four Germans has already lost their cell phone. What to do? Seven tips.

If you can no longer find your cell phone, you should first check whether it is still nearby. The easiest way is to call the cell phone. If the sound is switched off, you can alternatively search with a second device via Bluetooth – provided that it is switched on on the lost device. This can be done with a laptop, a friend’s cell phone, or headphones and, in most cases, can explore a radius of about ten meters. If this remains unsuccessful, consumers should have an SMS with contact details, such as an email address, sent to their mobile phones. In this way, a potential finder can contact the owner. A sticker with contact information in the phone case also helps proactively. Some manufacturers offer to create information about the owner under the security settings. They will then appear on the lock screen.

2. Have The SIM Card Blocked

In the event of theft, consumers should have their SIM cards blocked immediately to prevent unwanted phone calls or expensive international calls. This can be done either via the personal online account or the network operator’s hotline, or the general emergency number 116 116. If the cell phone appears again later, the card can easily be unlocked again. Otherwise, customers can request a replacement card online or obtain them directly from a branch of the provider on ID presentation. Depending on the provider, a new SIM card costs between five and thirty euros. Customers can keep their mobile phone numbers.

In Bavaria, the police received more than 5000 reports of cell phone theft in 2020. This is a significant decrease compared to previous years; in 2015, this number was 15,000. The State Criminal Police Office suspects that the lockdown phases of the corona pandemic intensified the general decline in the past year. Theft can be reported to the police either in a local office or online. So that the officers or a lost property office can assign the cell phone to the owner, he must know his IMEI number. The abbreviation stands for “International Mobile Station Equipment Identity” and is a 15-digit, unique serial number. It can be viewed on the mobile phone by entering * # 06 #. On “cell phone passports,” As they are provided by the consumer advice center or the police, users can enter the phone number, SIM card number, and the network operator’s hotline in addition to the IMEI number so that everything is ready in an emergency.

The majority of all smartphones have system settings that can be used to determine the device’s location. For Android devices, this includes the “Find my device” function. If you log on to the website with your Google account, you can determine your exact location, let your cell phone ring, or lock it remotely. Large cell phone manufacturers also have their search apps, such as “Find my Mobile” at Samsung. With Apple devices, the location search runs via iCloud. The Apple ID and password are required for this.

Anti-theft apps that advertise additional functions can be found in the App and Play Store. For example, users can define a so-called “control zone” and receive a notification when the cell phone moves out of this area. Or, if the wrong PIN is entered, the app takes a photo with the front camera and sends it to the owner’s email address. For Miriam Ruhenstroth, project manager at the Infoportal Mobilsicherheit.de, the apps should be viewed with caution. “These apps are extremely invasive,” she says. They demand a lot of access rights, although usually, the only thing that leads to success is the determination of the location.

If you still want to download an anti-theft app, you should find out all about the manufacturer before downloading it. “Consumers should rather rely on apps with a limited range of functions and pay attention to whether the sources are disclosed,” says Ruhenstroth. When in doubt, it is better to rely on well-known names from security companies.

6. Use The Secure Locking Method

When looking for a location, quick action is required, as thieves usually switch off the mobile phone if they cannot access the content and settings of the mobile phone immediately. Keyword lock screen. According to a study by Bitkom Research, around two-thirds of all Germans use such a block. But with the security of their pins and passwords, the majority of Germans are not that specific. According to the Hasso Plattner Institute, the most popular passwords for Germans in 2020 were among others “123456”, “Password,” or “Hallo123” – a similar picture as in previous years.

“For most people, this is a cost-benefit calculation,” says Miriam Ruhenstroth. The risk of forgetting a secure but complicated password is higher than the probability of losing your cell phone. In addition, a simple password is much more convenient in everyday life. And this, although the loss can be disastrous in part, such as if the cell phone is missing for two-factor authentication.

“We recommend at least six to eight characters for a cell phone pin,” says Ruhenstroth. Simple combinations, such as the date of your birthday, should be avoided. It also warns against drawing a pattern. This is proven to be the most insecure lock. She also advises against biometric security, such as a fingerprint or facial recognition. This is less relevant for the loss of the cell phone than for the risks of abuse in the private environment. “Theoretically, you can simply hold your cell phone in front of your face while you sleep,” says Ruhestroth.

Consumers should also be careful with passwords when it comes to apps. Especially for those with access to bank accounts, such as car rental apps, these should not be saved. Email accounts with access to confidential information should also ask for the password every time. Nevertheless: “The decisive hurdle is and remains the screen lock,” says Ruhenstroth. However, since this is not inevitable either, in the event of theft, consumers should log out of all social media, email accounts and other apps via a computer or change their password. An overview can help here. “A straightforward, handwritten list is most efficient,” says Ruhenstroth. If you are unsure whether you have thought of all apps, you should check your account balance in the following days.

The loss of personal data often outweighs the material value. Photos, videos, chat histories, documents – if you don’t take precautions, you will lose this data forever if you lose your smartphone. One option is to save it in a cloud, such as iCloud for Apple or Google Drive for Android. “The preinstalled clouds are a good thing for average consumers,” says Miriam Ruhenstroth. Google Drive, for example, has been end-to-end encrypted since 2018, which means that even Google can no longer access the data.

Anyone who uses a cloud can delete their data from their missing cell phone hardware via the Internet. With newer Android versions, the deleted data is encrypted, as is the case with Apple. It is no longer recoverable and is no longer worth anything to thieves.

Cloud services also offer the advantage that data such as calendar, address book, or game statuses can be saved without any significant inconvenience. However, if you only want to back up photos, videos, or music files, you can do this on the computer at regular intervals. Completely manually.

Also Read : “Where Is?” For Third-Party Providers: In The Future, IPhones Will Find Bicycles, Headphones, And Backpacks