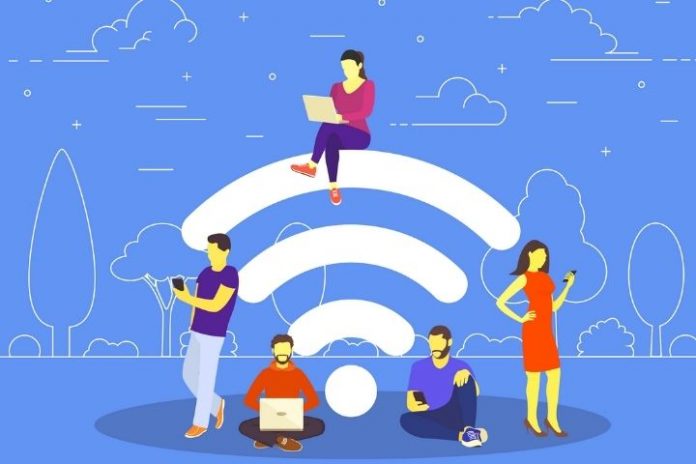 Suppose not enough value is placed on the security of the WiFi or WLAN. In that case, dangers arise, mainly when unknown users log in with an infected device or integrate potentially insecure and easily vulnerable devices.

More and more end devices are pushing into the WLAN due to increasing digitization and the diverse additional device categories. Because in addition to laptops, tablets, or mobile phones, there are also increasingly IoT devices integrated into the company’s internal wireless network and endanger WLAN security.

WiFi Security For Businesses And Users

Suppose not enough value is placed on the security of the WLAN. In that case, potential risks arise, mainly when unknown users log in with an infected device or potentially insecure and easily vulnerable devices are integrated. However, companies with internally used WiFi infrastructure can provide more security for both the infrastructure and the instruments of their users if they consistently integrate WiFi security into their security strategy.

In a modern security infrastructure, the components at the endpoint and in the network are intelligently networked and act as a system to detect threats and react automatically. Integrating the WLAN, including the access points, into this concept can significantly increase security. In this way, the data traffic in the entire company network can be continuously examined for malicious behavior, and the administrator has a complete overview of the current status of the network and the devices connected to it.

In addition, immediate and automated action can be taken in the event of an irregularity. For example, a ransomware-infected notebook or jailbroken/rooted mobile device attempting to connect to the WiFi network will be automatically isolated from the rest of the network to prevent the threat from spreading.

There is a potentially high-security risk when IoT devices are integrated into the WLAN. Many of these devices are not fundamentally designed for security and thus represent a gateway for attackers to enter the wireless network. These include surveillance cameras, printers, displays, and even proprietary scanner devices, such as those used in logistics. A company that establishes WLAN security must meet the challenge posed by potentially insecure devices in its network on several levels.

This includes corporate and BYOD devices only connecting to the network if they meet corporate specifications. IoT devices should be “locked up” in their WLAN. In this way, these devices are protected against attacks and cannot be used as a starting point for hackers to spread further in the company network.

In addition to integrating the WLAN into the security, further protective measures should be taken to ensure secure operation:

What Are The Current And Future Coverage Challenges Of IoT?