The 5G Expansion Is Making Progress 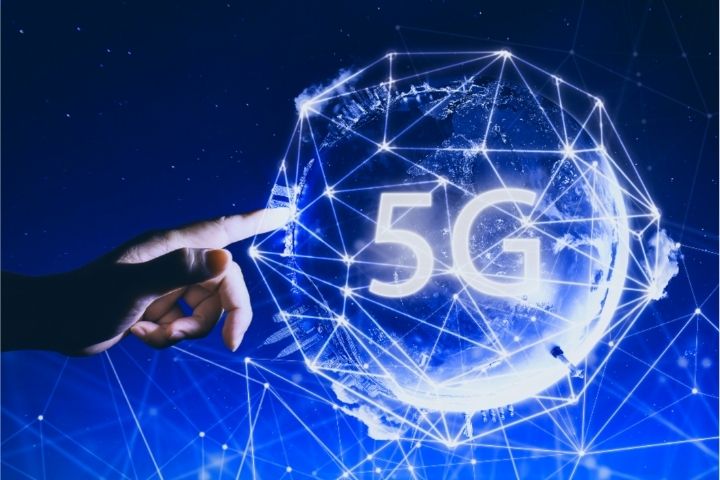 The new generation of mobile communications is already available to many users in the district, but the expansion depends on the network operator. In nine municipalities, however, there are still blank spots in terms of supply.

The new generation of 5G mobile communications is conquering the district bit by bit. Depending on the network operator, however, the expansion is very different. While Telekom states that it can already supply a large part of the population with 5G, most of Vodafone’s mobile radio stations in the district are still equipped with the previous LTE standard. Telefonica / O2 is currently concentrating on other regions with its expansion in Bavaria, but will soon supply other cities and districts with 5G. In the meantime, no municipality from the district has participated in the mobile communications funding program of the Bavarian Ministry of Economic Affairs.

5G stands for the fifth generation of mobile communications and builds on the previous mobile communications generations 2G, 3G and 4G. “5G is characterized by super-fast response times in the millisecond range,” says the Bavarian Ministry of Economic Affairs. “This enables, for example, virtual reality applications, computer-controlled operations in medicine, networked production chains and autonomous driving.”

5G supplies up to 100 times more devices in a cellular network and is therefore suitable for densely populated parts of city centres, sports arenas and other places with many users. In addition, 5G technology requires significantly less electricity. The standard can be used in private by anyone who has capable end devices or appropriate routers and tariffs. However, for the full benefit, the expansion of the fiber optic networks must go ahead, according to the relevant information portals.

“At Least 80 Percent Of The Population Can Use 5G,” Says A Telekom Spokesman

What about the spread of the new generation of cell phones in the Freising district? Overall, the 5G standard was “rolled out well” in its network, says a Telekom spokesman. “At least 80 percent of the population can use 5G, which should also be the case in Freising.” The rapid expansion of the new standard also has something to do with the “good existing network”, which is being technically upgraded for this purpose.

The 5G standard is not an entirely new technology, the spokesman said. “We use the same antennas and existing locations.” He admits: “Of course, the number of mobile radio stations is increasing, also in Freising.” The development of the 5G standard is not just about closing the last gaps in the cellular network. The capacities would also have to be increased. Users have become more demanding, and more significant amounts of data have to be transported.

Also, Vodafone has recently “massively expanded” its mobile network in the district of Freising by its own account. Specifically, this means: “Vodafone currently operates 62 mobile radio stations in the district – 59 of them are equipped with LTE and the first three stations with 5G,” says a company spokesman. For comparison: 4024 mobile radio stations are operated across Bavaria, 5G antennas are in operation on 487 of them.

Said three 5G antennas are therefore in Freising, Allershausen and Moosburg. Six more projects are to be completed in Kirchdorf, Attenkirchen, Kranzberg, Rudelzhausen, Mauern and Freising by mid-2022. Vodafone is also expanding the LTE standard, with which 99.4 percent of the population can be reached, in its network: Another LTE station is also to be opened in Moosburg by mid-2022 to eliminate a radio gap, and in Freising, Kranzberg , Rudelzhausen, and Mauern install additional LTE antennas. However, the medium-term goal is “as far as possible to connect the entire population – i.e. all populated areas – to the 5G network”.

At Telefonica / O2, The 5G Network Expansion In The District Is Still Pending

For its part, Telefonica / O2 states that it is currently “mainly on the road in Munich, Dachau, Augsburg, Landsberg, Nuremberg / Fürth and Rosenheim” with the 5 G network expansion in Bavaria. But one will “supply many more cities and districts with 5G in the coming months,” says a spokesman. Telefonica says it is aiming for a nationwide 5G network by 2025. “With this, we will also supply the Freising district and, promptly, the” Munich Airport “hot spot, which is important beyond the district, with 5G.”

There is no obligation for operators of cellular networks for a seamless network. “According to current law, mobile telephony is not part of public services,” says a leaflet from the Bavarian Ministry of Economic Affairs. But so that nobody is excluded, the Free State has launched a funding program. The aim is to specifically promote areas where none of the network operators has yet offered a supply. So far, almost 100 municipalities in all government districts have received a corresponding funding notification, the ministry announced.

Opportunities To Improve Wi-Fi Reception In Your Own Four Walls

The Internet Is Getting To Work Faster And Faster